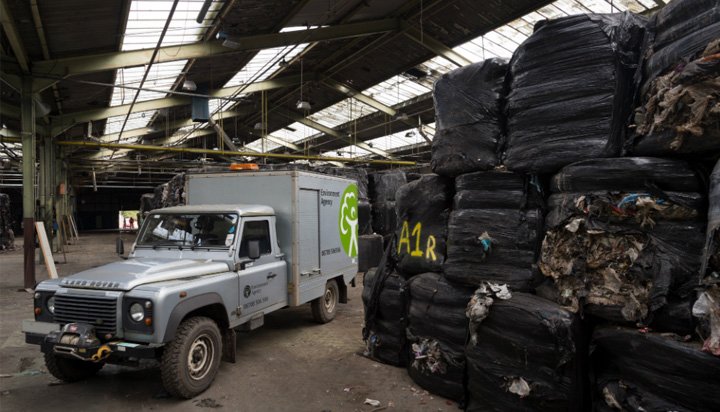 Empty industrial units are being targeted by criminals to dump thousands of tonnes of illegal waste across the UK.

The Environment Agency has issued the warning to businesses and landowners as hundreds of commercial properties are thought to be empty and landlords are being urged to be extra vigilant when letting out their properties.

It adds there is a growing trend of criminals posing as legitimate tenants to rent properties to store illegal waste.

Once discovered, landlords, property managers and farmers are burdened with thousands of pounds in clear up costs and face possible criminal prosecution, fines and even custodial sentences for failure to operate without an environmental permit.

The Environment Agency is therefore calling on businesses and individuals to manage their waste responsibly to prevent it from getting into criminal hands in the first place.

It is estimated at a low end price of £70 per bale, this would amount to £1.27 million for correct disposal of the waste.

It suggests the four land types which are most susceptible to illegal dumping are farms, industrial units, abandoned factories and derelict sites.

Waste crime is estimated to cost the UK economy around £604 million a year.

Nicky Lawton, Deputy Director – National Enforcement Service said: “Unsuspecting landlords and property managers are failing foul of waste criminals and as a result are being made to pick up hefty bills to clear up the waste – often running into the hundreds of thousands of pounds.

“Landlords can avoid this by carrying out checks to prospective tenants to ensure their sites will not be used as part of the illegal waste operation.”