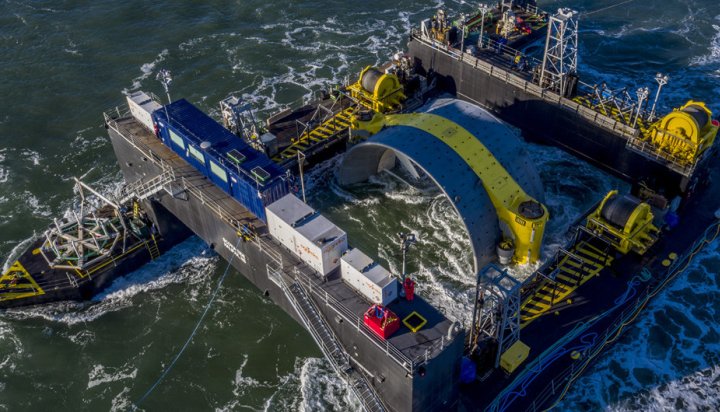 A next generation tidal power turbine is being installed in Nova Scotia’s Bay of Fundy.

Cape Sharp Tidal’s new facility aims to make the most of the Minas Passage’s world-famous tides to generate clean electricity – it is estimated the channel could hold 7GW of renewable potential.

The firm, which is a partnership between Ireland-based OpenHydro and Nova Scotia-based utility company Emera, previously installed two 2MW test turbines in 2016 and 2017.

The new turbine measures 16 metres across and is more reliable and efficient than its predecessors.

It is fitted with monitors and sensors connected to the internet, with a subsea cable transmitting power to the Nova Scotia grid.

Alisdair McLean, Director of Cape Sharp Tidal, said: “Putting a turbine in the sub-seabed in the Minas Passage is a challenging activity and we want to be confident that we’re putting the very best turbine in that we can.”