They will be held every two years from 2019, with £557m being awarded to developers 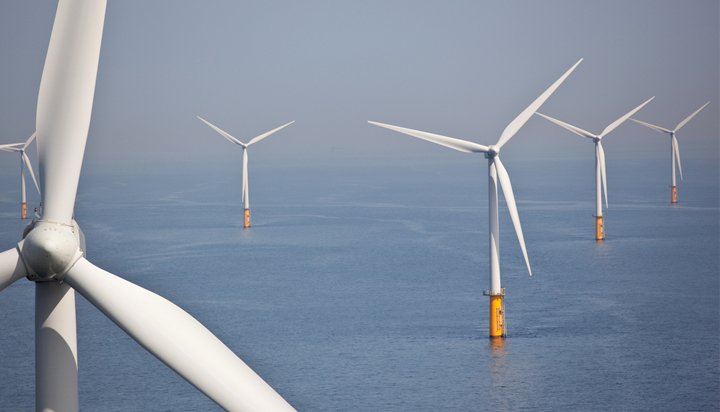 The UK Government has announced a major boost for wind energy that is expected to power up to four million homes.

Energy and Clean Growth Minister Claire Perry has confirmed clean energy auctions will be held every two years from 2019, with £557 million being awarded to developers including offshore wind and for the first time, remote island wind providers.

The next Contracts for Difference (CfD) allocation round – which supports new renewable energy generation projects with the lowest price bids – for less established technologies will open by May next year.

Depending on the price achieved, the future auctions are expected to deliver between 1GW and 2GW of offshore wind each year in the 2020s.

The announcement comes ahead of the first ever annual Green Great Britain Week, which will start on 15th October 2018.

Ms Perry said: “The UK renewable sector is thriving, with more offshore wind capacity here than anywhere else in the world and 50% of electricity coming from low carbon sources last year in what was our greenest year ever.

“For the last decade, the offshore wind industry has been a great British success story: increasing productivity, raising earning and improving lives in communities across the UK and today the sector gets the certainty it needs to build on this success through the next 10 years.”

The news follows the government’s announcement to scrap the Feed-in Tariff scheme, which supports small-scale renewables, in April 2019.

RenewableUK said it is a “ringing endorsement” by government of the UK’s world-leading offshore wind industry.

Chief Executive Hugh McNeal added: “Boosting our ambitions for offshore wind is win-win for consumers as the industry’s success at cutting costs mean that offshore wind is now one of the cheapest options for new power in the UK.

“Today’s announcement confirming the budget and timing of new auctions, sets us on the path do deliver the tens of billions of pounds of investment that will be needed to meet our ambition of at least 30GW by 2030. This is good news for domestic supply chain which can look forward to a pipeline of new offshore wind projects that will support tens of thousands of jobs across the UK.”

Lawrence Slade, Chief Executive of Energy UK said: “The competitive CfD process has played a major part in driving down the cost of renewables such as offshore wind – but if we are to continue the transition to low carbon energy at the least cost to consumers, then we must ensure that the cheapest technologies such as onshore and solar are no longer excluded.”

Head of Energy Kate Blagojeciv added: “But this fall in price is far from unique. Onshore wind is also getting cheaper all the time and is now the UK’s cheapest electricity source. Solar has been dropping for so long that it has actually reduced in cost by an astonishing 99% since the technology was commercialised. This makes the government’s huge financial support for nuclear, the one low carbon source which keeps going up and up in price, all the more confusing and irrational.

“The government needs to listen to the recommendations of its advisers and ditch nuclear in favour of renewable energy, benefitting billpayers and the climate.”

Ms Perry is the headline speaker at Energy Live Expo on 31st October in London. To book your place, you can e-mail [email protected],