EU to build more terminals to import US LNG 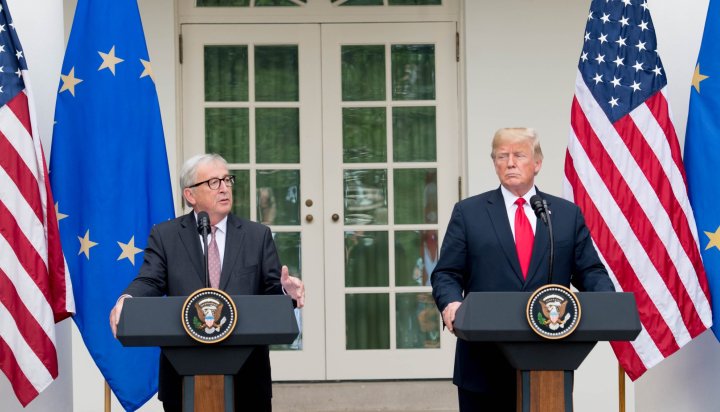 The European Union plans to import more liquefied natural gas (LNG) from the US to diversify its energy supply.

European Commission President Jean-Claude Juncker said more terminals will be built in the region during his visit to the White House this week.

He met with President Donald Trump yesterday to launch a new phase in the relationship between the US and the EU, including strengthening their co-operation on energy.

They also agreed to launch “a close dialogue on standards in order to ease trade, reduce bureaucratic obstacles, and slash costs”.

Mr Juncker said: “We have decided to strengthen our co-operation on energy. The European Uniion will build more terminals to import liquefied natural gas from the US. This is also a message for others. We agree to establish a dialogue on standards.

“And we also agree to work on the reform of the WTO [World Trade Organisation]. This of course if based on the understanding that, as long as we are negotiating, unless one party would stop the negotiations, we hold off further tariffs and we reassess existing tariffs on steel and aluminium.”