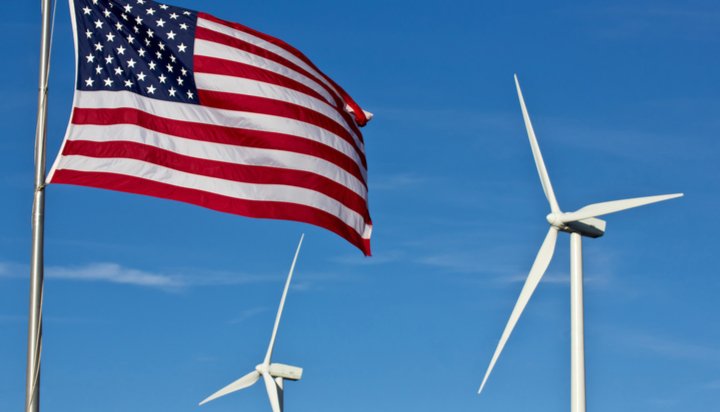 The US wind industry installed more than 7GW of capacity last year, bringing total utility-scale wind capacity across the nation to to nearly 89GW.

That’s according to new statistics from the US Department of Energy (DoE), which show $11 billion (£8.6bn) was invested in the sector as technology costs and wind energy prices continued to fall.

In total, 41 states had utility-scale wind projects in operation – Texas held the lead with more than 22GW of wind capacity, while Oklahoma, Iowa, California and Kansas each possessing more than 5GW.

The report also shows another 13 states have more than 1GW installed and highlights distributed wind capacity in the US crossed the 1GW threshold last year.

The DoE says bigger turbines with longer blades are enhancing wind plant performance, with capacity factors increasing by 79% in recent years compared to projects installed between 1998 and 2001 – the average cost of wind projects installed in 2017 was $1,611 (£1,253) per kW, down a third from peak prices in 2010.