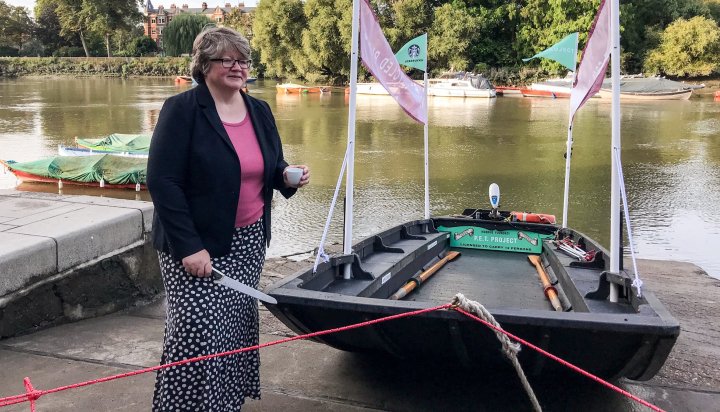 Environmental charity Hubbub has unveiled a new boat made of recycled plastic on the Thames.

It aims to raise awareness for growing levels of plastic pollution in Britain’s waterways and collect rubbish, which will be used to make new ‘plaswood’ boats.

Plaswood is a strong, durable and waterproof material made of 99% recycled plastic waste.

The project is funded by the Starbucks 5p paper cup charge and Tideway, which is building a super sewer under London to help stop sewage and litter pollution in the River Thames.

Gavin Ellis, Co-Founder and Director of Hubbub said: “It’s fantastic to see that people have woken up to the problem of plastic pollution in our waterways and the terrible impact it has on our environment – 80% of ocean plastic comes from land.