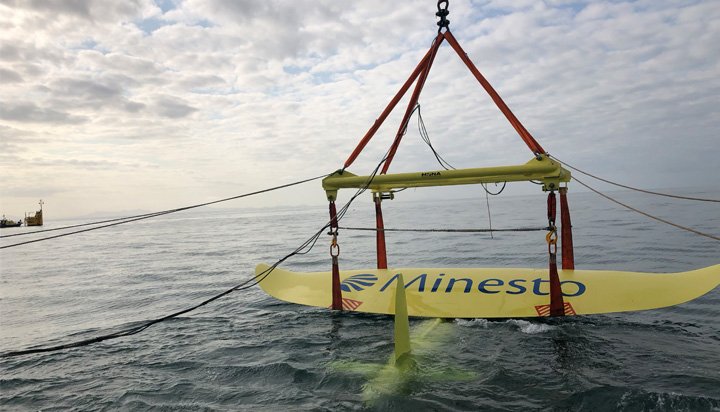 Marine energy developer Minesto has reached a significant milestone by verifying the functionality of its innovative subsea kite technology at utility scale.

The Deep Green technology, which generates clean electricity from tidal streams and ocean currents, has been successfully “flown” in “full subsea trajectories” 8km off the coast of Holyhead in North West Wales.

Using the same principle as flying a kite across the wind, the marine energy kite flies across the underwater current, significantly enhancing the water flow speed through the turbine.

CEO Dr Martin Edlund said it is a “ground-breaking moment” for the marine energy industry.

He added: “It is a world’s first achievement that confirms the functionality of our patented concept at utility scale while it also reassures the fact that our technology expands the ocean energy potential and forms an essential complement to established renewables.

Last week, it was revealed a tidal stream prototype in Orkney generated more electricity over the last 12 months than the entire wave and tidal energy industry in Scotland before it.