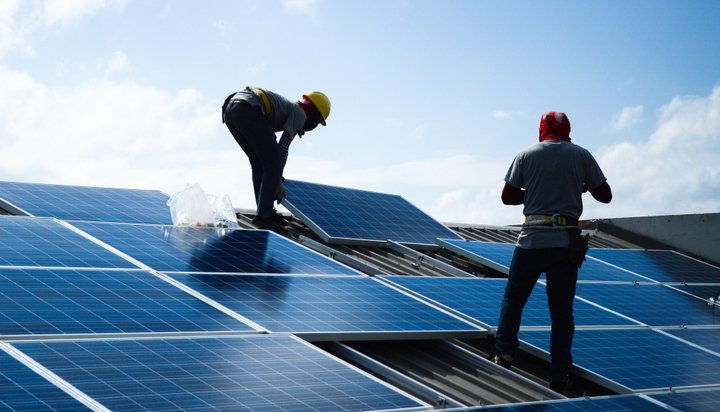 The solar industry could face significant job losses if government proposals to reduce subsidies are enacted in full.

That’s according to a new survey of 140 solar installation companies conducted by the Renewable Energy Consumer Code, a subsidiary of the Renewable Energy Association (REA) – it gauged the sector’s opinion relating to closing the Feed-in Tariff for new solar projects next spring and ending ‘export tariffs’ for new small scale solar projects, meaning they would essentially be producing and exporting electricity for nothing.

If replicated across the solar industry, the organisation says it could amount to thousands of job losses.

More than 40% of solar installers across the UK said they are considering leaving the industry entirely, with 78% thinking of reducing staff levels as a reaction.

Around half of respondents said they would cut more than 75% of their workforce if the changes come in as proposed.

Dr Nina Skorupska, CEO of the REA, said: “While we would not normally be so stark, it is becoming increasingly clear that the government is endangering the jobs of thousands with the current proposals for the closure of the Feed-in Tariff without any adequate replacement alternative measures to assist this important sector.

“The retention of an ‘export tariff’ to fairly compensate projects for the energy they generate and then send to the grid for others to use, would as a minimum provide some relief and is a logical and fair measure.”