Amazon’s mangroves ‘store twice as much carbon as rainforest regions’ 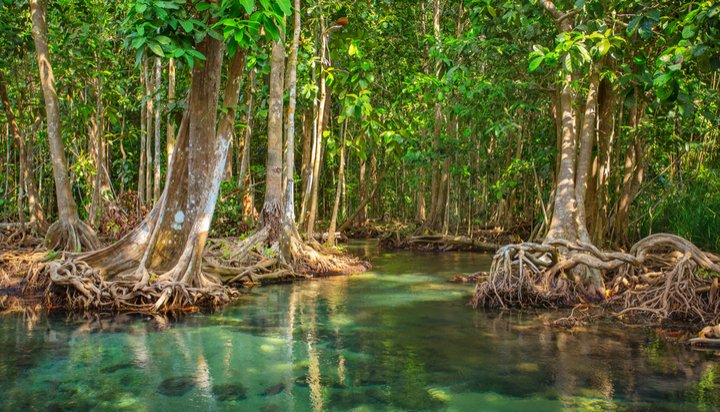 The Amazon’s mangrove wetlands store twice as much carbon as the region’s famous tropical forests.

That’s according to researchers from Oregon State University, who worked with scientists from across Brazil to study how deforestation in the area can contribute towards climate change.

Plants remove carbon dioxide from the atmosphere during photosynthesis, keeping it from contributing to global warming – as the Amazon has 167 million hectares of rainforest and a million hectares of mangrove forests, it is an important carbon sink.

The scientists’ report shows mangroves store 511 tonnes of carbon per hectare – roughly double that of the region’s rainforests, as they are more tightly packed and grow in waterlogged soils, slowing the rate of carbon release.

However, if the plants are cut down and destroyed, the carbon is released back into the atmosphere.

The Amazon is under severe threat from deforestation, as well as from rising temperatures causing certain wetland areas to dry out and die.

Researchers suggest focusing on protecting mangroves could have a particularly significant effect on preventing the Amazon Basin’s role as a carbon sink being reduced.