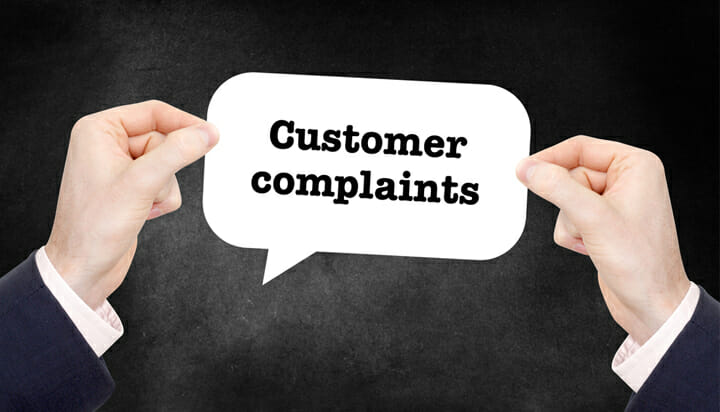 Three water companies have come under fire after the industry watchdog received more than 2.1 million complaints from customers.

The Consumer Council for Water (CCWater) has turned up the pressure on Bristol Water, Surrey-based SES Water and Southern Water for their “relatively poor performance”.

They are now required to provide CCWater with quarterly reports highlighting what action they are taking to reduce complaints.

The watchdog’s annual complaints report shows nine out of 21 water companies in England and Wales reported an increase in calls from customers to resolve problems, known as “unwanted” contacts.

Disputes about billing and charges accounted for more than half (53%) of the written complaints despite a 22% fall compared to the previous year. The other main reasons for complaints included issues with water supply (22%) and sewerage services (11.5%).

Southern Water failed to improve on its position as the industry’s worst performer for both measures, despite written customer complaints reducing by a fifth.

However, there was better news for Anglian Water customers, which is now the industry’s best performer for unwanted contacts – it reported a 26% fall in written complaints.

Bournemouth Water has also been praised for delivering one of the biggest reductions in written complaints at 40%.

While the industry as a whole saw a fall in customer complaints by nearly 17%, there was a 10% rise in the number relating to water supply as some companies struggled with the disruption following the ‘Beast from the East’, as more than 200,000 customers were left without running water.

CCWater Chief Executive Tony Smith said: “The frustration felt by thousands of customers after March’s cold weather disruption to supplies should have reminded the industry that it cannot afford to be complacent.

“Some water companies still have a lot to learn when it comes to communicating effectively with their customers and ensuring that when something goes wrong they put it right quickly and with the minimum of fuss. The poor performers highlighted in our report can expect to come under considerable pressure from us to improve this year.”

Simon Oates, Chief Customer Officer at Southern Water said: “Southern Water is undergoing a period of significant transformation and we are passionate about engaging directly with our customers and communities to help improve our services now and in the future. Overall, we have reduced complaints by 58% and while we are rapidly closing the gap between ourselves and the rest of the industry, we know that genuine, lasting change takes time.

“We still have a long way to go to meet the standards our customers rightly expect but the changes we’ve introduced this year are driving down complaints, we are more proactively managing customers’ accounts and resolving more problems for customers the first time they call us.”

Bristol Water said it is increasing the number of people responding to customer queries, introduced new ways to track meter installations from when the customer requests it to when it is installed, improved customer contact channels and set challenging targets to reduce leakage.

Customer Services Director Ben Newby added: “I am very disappointed that so many customers felt the need to contact us in the past year and that we have moved from being among the better performers in the industry. The past year has been one of the most difficult in the company’s history and we are pleased that CCWater has recognised that four major incidents, including the largest burst in the company’s history, led to an increase in unwanted calls and written complaints.

“This certainly isn’t an excuse for our performance and we are committed to improving our customer satisfaction and we will continue working closely with CCWater.”

SES Water said it has been working on improvement initiatives over the last 18 months and launched a two-year programme to improve customer service.

Head of Retail Services Dan Lamb added: “Since implementing the two-year programme in January 2018, along with other improvement works, we have seen our complaints reduce by 52% from April of this year compared to April of last year. In addition, we’re achieving almost a 20% reduction in unwanted calls in Q2 compared to Q1 of this year. We’re also at a three-year low of 9.8 complaints per 1,000 properties and will continue to work hard to make sure that we get better and deliver well within our target limit going forward.”