Half of EU states at risk of missing recycling targets 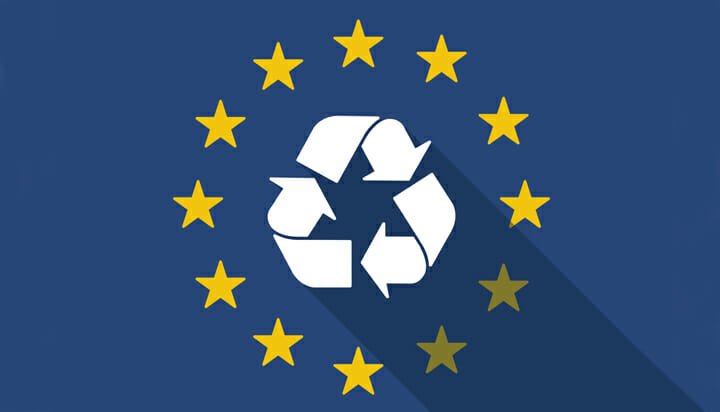 At least 14 European countries are lagging behind on meeting the 50% recycling target by the end of this decade.

A new report from the European Commission, reviewing how well EU waste rules are applied across the region, found “serious gaps” which it says must be addressed quickly.

The 14 member states that have been identified to be at risk of missing the municipal waste goal are Bulgaria, Croatia, Cyprus, Estonia, Finland, Greece, Hungary, Latvia, Malta, Poland, Portugal, Romania, Slovakia and Spain.

The Commission has set out possible actions for them to improve their waste management, including more effective separate collection, landfill and incineration taxes and improved data quality.

In 2016, Europeans generated 480kg of municipal waste per person on average, 46% of which was recycled or composed while a quarter was sent to landfill.

Official figures suggest municipal waste represents only around 10% of the total waste generated in the EU but is one of the “most complex streams to manage” due to its diverse composition, its largest amount of producers and fragmentation of responsibilities.

In the follow-up to the latest report, the Commission will visit the member states at risk of not meeting the municipal waste targets to discuss the opportunities and challenges with the national, regional and local authorities and relevant stakeholders, including businesses.

Karmenu Vella, Commissioner for Environment, Maritime Affairs and Fisheries said: “With the EU waste rules recently adopted by the European Parliament and by the Council of Ministers, Europe can become the global front runner for modern waste management and further develop its circular economy.

“There are still differences across Europe but progress is necessary and possible if the respective national and local authorities implement the actions identified in this report. The Commission is there to help by offering technical assistance, structural fund support and support in the exchange of best practices.”