WindEurope says industrial processes, buildings and transport should be supplied with clean power 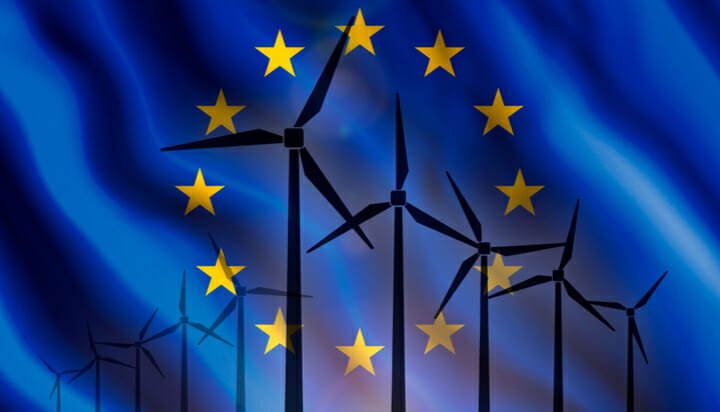 Europe could cut energy-related carbon dioxide emissions by 90% by 2050, if it implements ambitious renewables-based electrification plans.

That’s according to a new report from WindEurope, which says Europe should transition its industrial processes, buildings and transport to using clean sources of generation – it suggests the level of electrification could realistically and affordably rise from 24% to 62% by 2050.

Although this would be likely to increase total energy expenditure to 2.7% of Europe’s GDP, a 0.5% increase, it would also reduce climate mitigation costs from 1.2% of Europe’s GDP to 0.86%.

The report shows that industrial processes could get 86% of their total energy from clean sources of electricity by 2050, offering emissions reductions of 88% – it suggests the cost-competitiveness and scalability of wind energy makes it particularly suited to this task.

WindEurope believes onshore and offshore turbines could provide 36% of Europe’s power generation by 2050, if 20GW is installed annually between 2030 and 2050.

The report states although these improvements would require more investment in flexibility, smart tech and storage technologies, they would result in other benefits such as better air quality and stronger energy security.

WindEurope CEO Giles Dickson said: “Europe has done quite well at getting renewables into electricity but much less well at getting them into industrial processes, buildings and transport.

“We’ve got to change that if we’re serious about decarbonisation.”