They could include upgrades such as new bus routes, smart technology aimed at reducing congestion or docking stations for e-bikes 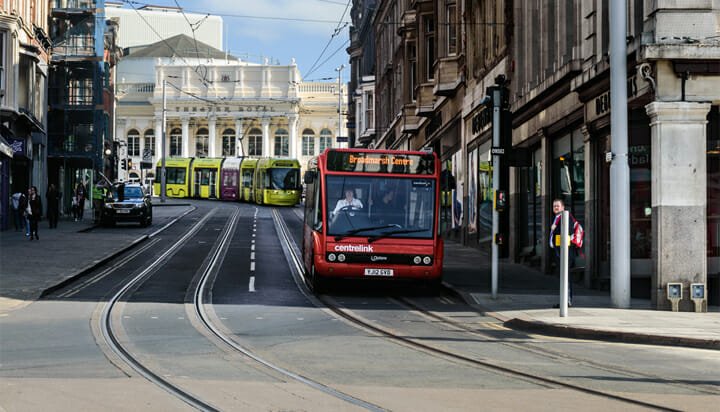 A total of 10 cities have been shortlisted to bid for a share of £840 million to upgrade public transport links in the UK.

It marks the next stage of the £1.7 billion Transforming Cities Fund, with local authorities in Derby & Nottingham, Leicester City, the North East, Norwich, Plymouth, Southampton, Sheffield, Stoke-on-Trent and West Yorkshire now bidding for part of the funding.

The grants will be used to improve transport links in cities, which could include upgrades such as new bus routes between residential areas and major employment hubs, smart technology aimed at reducing congestion or rolling out docking stations for electric bikes.

The 10 city regions will initially receive £50,000 as well as support from government to co-develop the strongest cases for investment.

Once finalised, funding decisions will consider the relative strength of each bid and their impact on “improving connectivity, supporting employment and driving up productivity”.

Prime Minister Theresa May said: “Our great cities and their suburbs are home to millions of people and world-beating businesses. We want to help them succeed so as part of our modern Industrial Strategy, we will fund £840 million of upgrades for better, safer, faster transport links.

“These improvements to vital infrastructure will help spread growth beyond London and empower local businesses to create more, better-paying jobs – opening up more opportunities to help people get on in life and be rewarded for their hard work.”

New and innovative technologies will be part of the discussions at Energy Live Expo on 31st October, with Energy Minister Claire Perry headlining the event. To book your place, you can send an e-mail to [email protected].