EDF: Hinkley Point C on track for next major milestone

This will involve the 4,500 tonne concrete platform to support the reactor buildings being built 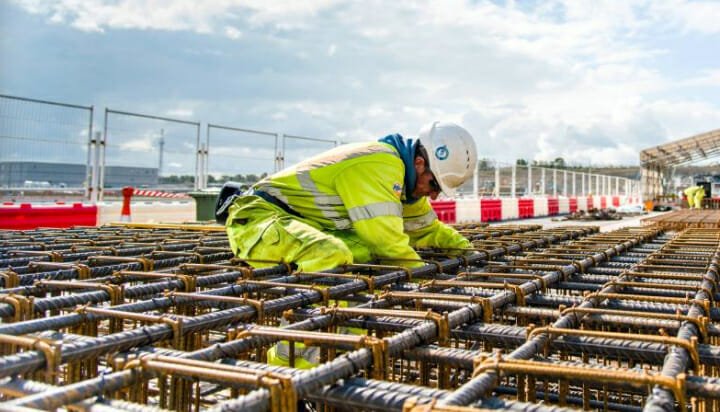 Hinkley Point C is on track for its next major milestone in 2019 – the completion of the 4,500 tonne concrete platform on which its reactor buildings will be built.

The nuclear project in Somerset., which officially began two years ago, now employs more than 3,200 people.

Once operational, the power station will supply the UK with enough low carbon electricity to meet 7% of the UK’s total needs.

Major UK contractors Altrad, Balfour Beatty Bailey, Cavendish Nuclear and Doosan Babcock have agreed to cooperate on the installation of cabling and pipework for heating, ventilation and air conditioning. in the power station’s 2,500 rooms.

Concrete production at the site has already exceeded 200,000 cubic metres and 5.3 million cubic metres of earth have been moved.

Hinkley Point C Managing Director, Stuart Crooks, said: “Everyone working on the project should be proud of what they have achieved so far.

“I am also proud of the positive impact that Hinkley Point C is having on the South-West. We are determined to create a positive legacy here for people, communities, jobs and skills.”