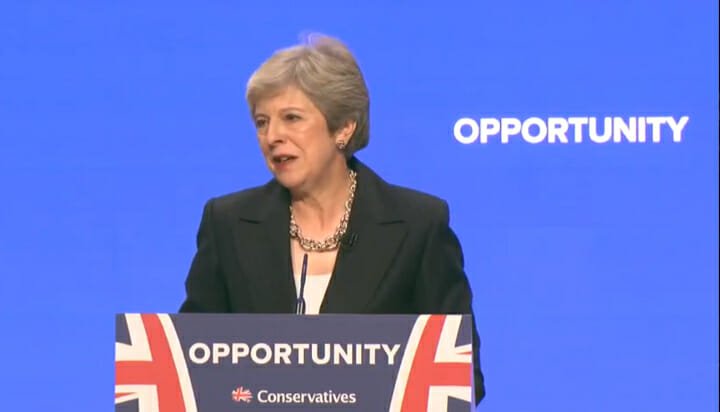 The Labour Party’s nationalisation plans mean water and energy consumers would end up having to pay twice for the service.

That’s according to Theresa May’s wide ranging speech made at the Conservative Party Conference, where she said the plan to put the UK’s railways and utilities into government ownership would see consumers pay once through their energy bills and then “again every month through their taxes”.

She added the move would see investment fall, because governments “always” prioritise schools and hospitals over other types of infrastructure – these other projects would include transmission lines and power plants.

She suggests some members of the Labour Party admit the entire programme of nationalisation, including railways, would cost as much as £1 trillion.

Mrs May also spoke about the energy price cap, which will be in place for this winter – she said: “It will stop energy firms charging their most loyal customers unfair prices.

“Any other companies charging their customers a ‘loyalty penalty’ should know: we will take action.”

Additionally, the Prime Minister confirmed fuel duty will be frozen for the ninth year in a row.

To book your place (free if you are an end user), you can e-mail [email protected].