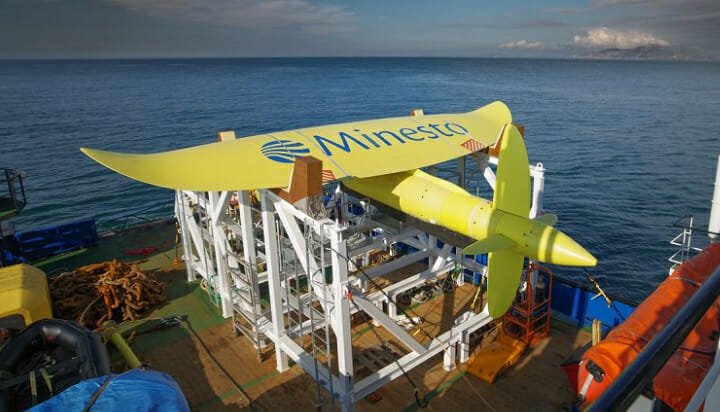 It broke the significant project milestone during the commissioning programme of the company’s low-flow tidal energy project.

Its patented Deep Green technology is being trialled at the Holyhead Deep site off the coast of North Wales – it has now entered its second phase and has achieved initial electricity generation.

The firm says this is the first step towards full-scale deployment and generation from a fleet of the devices.

Minesto’s Chief Operating Officer David Collier said: “At this stage it’s all about demonstrating that the technology works as planned.

“What’s most pleasing with the commissioning of this first device at a larger scale is that we have shown that we have safe and efficient procedures for handling the system and that it performs as it was designed to do.”