The throwaway plastics to be banned from 2021 include straws, cutlery, plates, balloon sticks and cotton buds 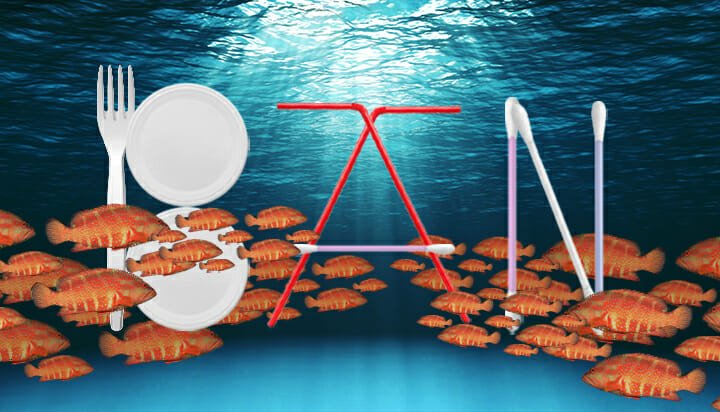 Members of the European Parliament (MEPs) have voted in favour of a ban on single-use plastic items to tackle marine pollution.

Under the plans, the EU will ban throwaway plastic products, including straws, cutlery, plates, balloon sticks and cotton buds – which account for more than 70% of marine litter – from 2021.

The proposals also call for at least a 25% reduction by 2025 in the use of several other items for which no alternative exists, such a burger and sandwich boxes and food containers for fruits, vegetables, desserts and ice creams.

EU states would be obliged to recycle 90% of plastic bottles by 2025 and producers would have to help cover the costs of waste management.

MEPs also agreed the reduction measures should cover waste from tobacco products, in particular cigarette filters containing plastic, which would have to be cut by 50% by 2025 and 80% by 2030.

Similar measures would apply to fishing gear, with member states required to ensure at least 50% of lost or abandoned ones containing plastic is collected per year, with a recycling target of at least 15% by 2025.

Fishing gear represents around 27% of waste found on Europe’s beaches.

Frédérique Ries, the MEP responsible for the bill said: “We have adopted the most ambitious legislation against single-use plastics. It is up to us now to stay the course in the upcoming negotiations with the Council, due to start as early as November.

“Today’s vote paves the way to a forthcoming and ambitious directive. It is essential in order to protect the marine environment and reduce the costs of environmental damage attributed to plastic pollution in Europe, estimated at €22 billion (£19bn) by 2030.”

The UK will have to implement the rules if the ban becomes law before the end of the Brexit transition period.

Earlier this week, Envirornment Secretary Michael Gove said plastic straws, drink stirrers and cotton buds could be banned within a year in England.