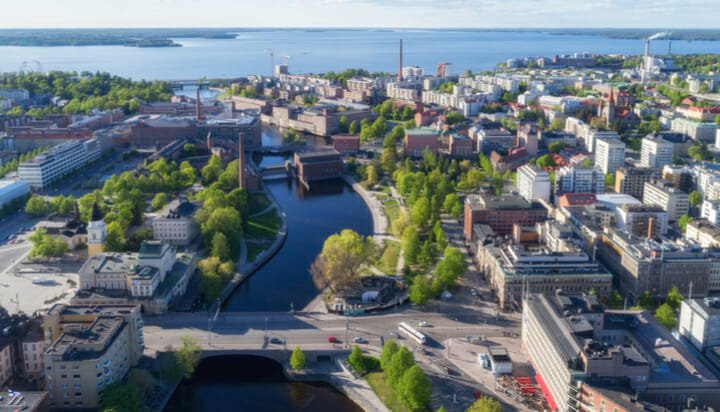 A facility in Finland has developed a commercially viable carbon-negative district heating system for the first time in the country’s history.

The Carbofex factory in Tampere turns wood into biochar through pyrolysis – the production process produces waste heat, which can be sent to homes and businesses, as well as producing gas and oil byproducts.

The biochar can then be used to sequester carbon dioxide permanently in soil, resulting in a carbon-negative overall process, as the amount of carbon captured and stored exceeds the amount of emissions produced.

The heat produced is estimated to be enough for the annual heating needs of around 30 blocks of flats. with the biochar capturing around 2,500 tonnes of carbon.

The heat produced will be bought by the Tampereen Sähkölaitos electric company, which will distribute it via a district heating network.

Reijo Väliharju, Project Development Director at the City of Tampere, said: “The realisation of carbon-negative district heating is an important testament to the success of the development activities seeking cost-effective solutions for climate change.

“The aim is to create a new district that is smart and sustainable together with innovative developers.”