Saharan solar or fast food? The choice is ours

A new study suggests covering 1.2% of the Sahara Desert in solar panels could provide the world’s energy 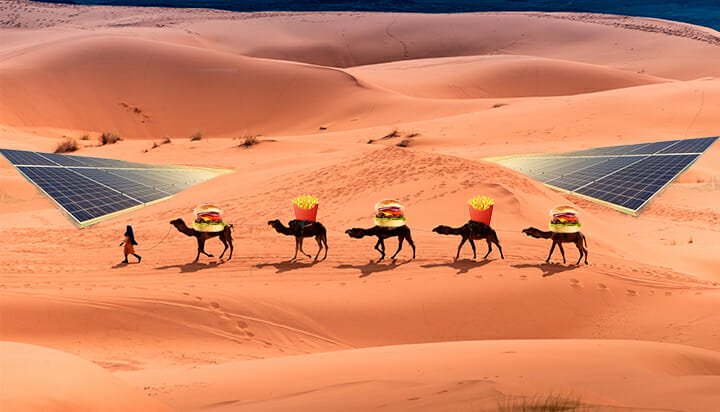 Powering the world through solar energy alone would cost $5 trillion (£3.9tn), the same amount of money the US public spends on fast food every 13 years.

A new study from Roof Stores suggests the Sahara Desert region would be perfectly suited to this task, not only due to the amount of sun it gets but also because there is very little wildlife to disturb.

It shows photovoltaic panels spread across 43,000 square miles of the desert, making up just 1.2% of its entire area, would generate 17,4TW of renewable energy, enough to match global demand.

It would also cost roughly the same amount of money that the world spends on its militaries over three years or what the US has spent on wars in the Middle-East and Asia since 2001.

The report claims energy from the sun could theoretically provide the planet with 860,000 times more power than it needs, while helping to slash carbon dioxide emissions.