Planning applications to install battery storage capacity have soared from just 2MW in 2012 to a total of 6.87GW this year 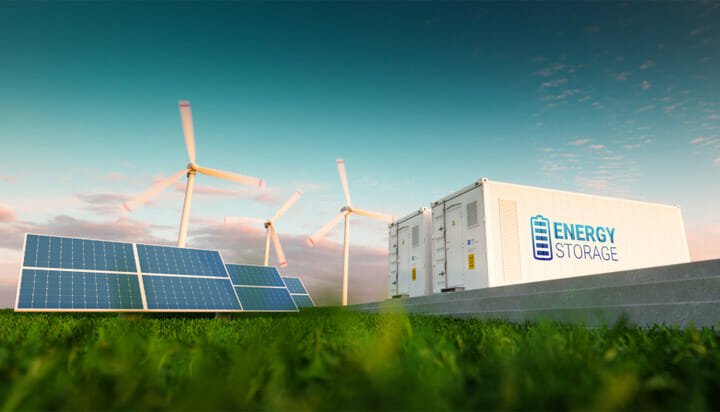 The energy storage industry in the UK is set to deliver nearly 7GW of capacity over the next few years.

That’s according to latest data released by RenewableUK, which reveals planning applications to install battery storage capacity have soared from just 2MW in 2012 to a total of 6.87GW this year.

More than 300 UK based businesses are operating in this nascent sector and the average capacity of applications for new battery projects has also risen from 10MW in 2016 to 27MW today.

The UK currently has 3.3GW of storage capacity, including hydro projects, that are operational and a further 5.4GW has been granted planning consent, including 4.8GW of battery storage – enough capacity to fully charge 480,000 electric vehicles (EVs).

The analysis is part of a new database, which will allow RenewableUK’s members to access comprehensive information on nearly 400 UK energy storage projects.

It will also show where operational projects re located on an interactive map as well as schemes being planned and under construction, including those located alongside solar, wind and tidal energy projects.

Emma Pinchbeck, Executive Director of RenewableUK said: “The energy sector is breaking new ground by making an unprecedented transition to a clean, flexible system which will power our country in the future. Energy storage is already playing a key part in that, from small local projects to grid-scale schemes.”