CCC report on biomass and UK land use: Industry responds 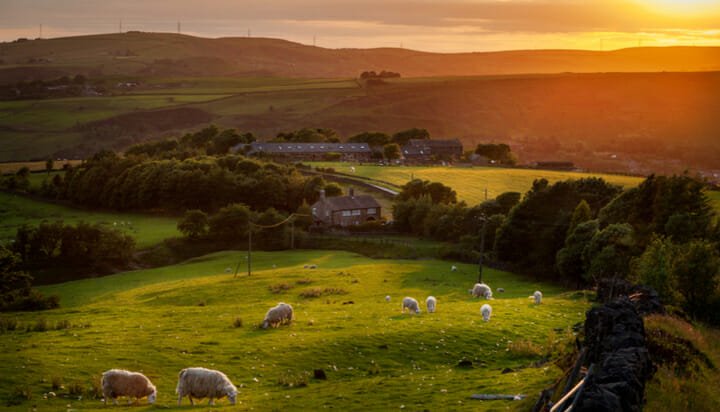 Fundamental policy changes are needed to make the UK’s land a more effective carbon store and to ensure climate change impacts upon it can be mitigated.

That’s according to the Committee on Climate Change (CCC), which has warned critical services such as clean water, healthy soils, wildlife, timber and food are threatened by a warming climate and called for biomass to play a more important role in decarbonisation.

Richard Burrell, CEO of biomass fuels firm AMP, said: “We welcome the CCC recognising that biomass has a long term role to play in a low carbon economy. Biomass is more than a transition fuel – today’s report confirms that it must continue to play a vital role in the future energy mix to help the UK meet its decarbonisation targets.

“We continue to believe that biomass presents the greatest opportunity for the decarbonisation of industrial users, switching them away from fossil fuels towards low carbon heat and power.”

He added the need to invest in a more robust and sustainable supply chain in the UK is a welcome acknowledgement but noted the government must prioritise support for investment in developing carbon capture and storage technology “to realise the full potential of biomass.”

Richard Black, Director of the Energy and Climate Intelligence Unit, said: “The report makes clear that bringing climate change into farming can generate real win-win options. In particular, increasing agricultural productivity to levels seen in France and the Netherlands would increase food output while also freeing up land for trees and energy crops.

“This in turn would begin to make negative emissions a reality, allowing the UK to move down the road to delivering a net zero economy and ending its contribution to climate change.”

He also suggested this will not happen without leadership from the UK Government and without Defra playing a central role in combining policies on food, nature and climate change.

Benedict McAleenan Head of Biomass UK, part of the Renewable Energy Association, said the organisation strongly supports the CCC’s findings and agrees that combatting climate change without using biomass would be signficantly harder and more costly.

He added: “Well-regulated biomass can provide benefits for forestry, agriculture and our energy system, backing up technologies like wind and solar. In the future it will be combined with carbon capture to actually remove carbon from the atmosphere – a crucial role if we’re to stop climate change.

“We have always worked with government to develop world-leading sustainability regulations. We’ll look closely at this report’s policy recommendations to ensure biomass continues to cut carbon emissions, support forests and stabilise the energy system long into the future.”