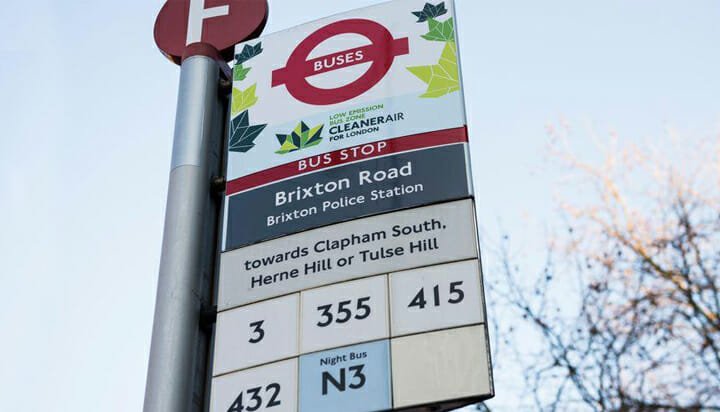 Only buses that meet the cleanest emission standards will be able to operate within the new zones – they are Camberwell to New Cross, Wandsworth to St John Hill, High Road Haringey to Green Lanes, A12 Eastern Avenue to Homerton Road and Edgware Road Kilburn to Maide Vale.

Nearly 1,500 running in those areas will be low emission, through a combination of new and retrofitted vehicles.

All the bus zones are expected to be in place by the end of 2019.

The announcement comes as research found more than 2,000 GP surgeries and 200 hospitals are in areas exceeding legal air quality limits across the UK and more than 400 schools are estimated to be in areas of exceedance.

Mr Khan said: “Pollution from vehicles, including buses, are responsible for over half the harmful emissions we breathe. Low Emission Bus Zones are an effective way of dramatically reducing pollution and improving the health of thousands of Londoners who live or work along the worst air quality hotspots.

“These zones are part of my wider plan to transform the air we breathe, including the introduction of the world’s first Ultra Low Emission Zone in central London in just under five months’ time in April 2019.”