Claire Perry: Solar power shouldn’t be provided to the grid for free 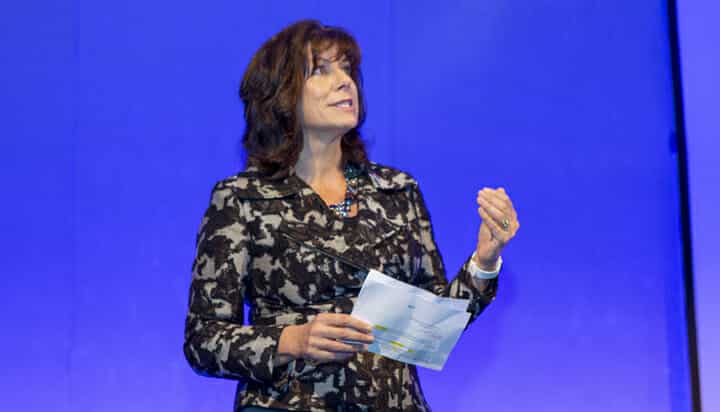 Energy and Clean Growth Minister Claire Perry believes solar power should not be provided to the grid for free.

She made the statement in response to questions in the House of Commons yesterday, when asked if householders should expect “some form of payment rather than simply subsidising large energy companies”.

Ms Perry said the Feed-in Tariff (FiT) scheme, which is being scrapped in April 2019, has been a “huge success”, supporting more than 800,000 installations nationally – but has cost consumers more than £4.5 billion to date and is expected to cost more than £2 billion a year for at least the next decade.

She added: “It is therefore right that we consider a new scheme as the cost has fallen. However, I do completely agree that solar power should not be provided to the grid for free and that is why I will shortly be announcing the next steps for small-scale renewables.

“I agree it would be wrong to have power provided to the grid for free.”

The energy minister also revealed a “string of private sector subsidy-free solar funds” is set to open this year, particularly with businesses now taking advantage of the benefits the renewable source can provide in balancing their own systems.

She expects more solar projects to be deployed next year than what the UK has seen previously and believes there is “real value” in microgeneration and new proposals will be brought forward “shortly”.

When criticised again for scrapping both the generation and export tariff – which pays operators for the power that is ‘exported’ to the grid – under the FiT scheme and being accused that she “messed things up on this occasion”, Ms Perry said: “We signalled clearly several years ago the closure of this scheme. It is a very expensive scheme; it was going to cost £2 billion a year for decades to come to bring forward microgeneration. We now have much more energy efficient and cost-effective ways of generating renewables.

“As I said, I absolutely agree that people who have gone through the installation process should not be captive takers, should someone want to buy their energy. I look forward to announcing further deliberations on this shortly.”

She went on: “The government and my department remain enthusiastic about the role of solar generation and its role in decarbonising power in the UK. However, as the market matures and installation is now possible without government subsidy, we believe that it is the right time to close the Feed-in Tariff scheme. We already have 13GW of solar capacity supported under current schemes. Indeed, at one point in May this year, solar provided more power generation than any other source.”

The Renewable Energy Association (REA) welcomed the energy minister acknowledging the “united calls from across industry and Parliament” that no one should be expected to give away electricity for free.

Policy and External Affairs Director James Court said: “The Feed-in Tariff has been a stand out success and has led to huge cost reductions. Cancelling the export tariff though would be a significant blow, for industry, for consumers and for the UK if we are to meet our climate commitments.

“The industry is moving away from direct government support and there are market-based options for the future which we look forward to working with government on.”

The Solar Trade Association (STA) added Ms Perry’s statement represents a shift in government stance on the issue of fair payments for surplus electricity sold to the grid.

Chief Executive Chris Hewett said: “STA had sent her a letter signed by over 350 organisations from across the solar, battery, electricity supplier industries and civil society seeking just such an assurance. As ever the devil is in the detail, so we now need to see the proposals and make sure they are in place from April 2019 but this is a good day for solar installers and prospective rooftop solar owners.”