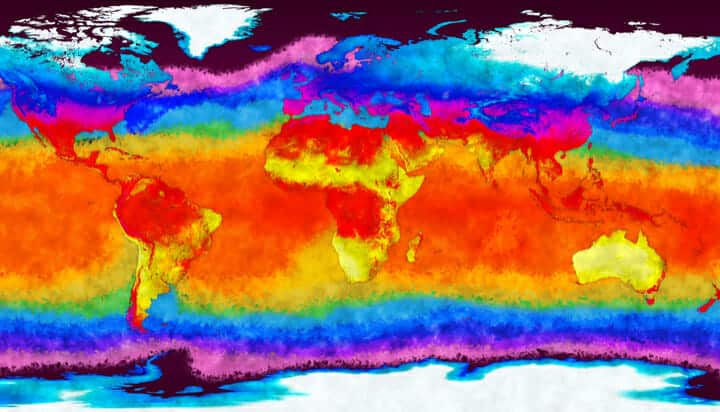 The chance of an El Niño developing by February 2019 could be as high as 80%.

That’s according to a new update from the World Meteorological Organisation (WMO) – the El Niño/Southern Oscillation (ENSO) is a naturally occurring phenomenon involving fluctuations of ocean surface temperatures in the Pacific at the equator.

Scientists say it can significantly influence weather and climate patterns over many other parts of the world.

The report shows sea surface temperatures are already at weak El Niño levels in part of the tropical Pacific, although the corresponding atmospheric patterns have not yet materialised and the upper level winds, cloud and sea level pressure patterns do not yet reflect typical El Niño features.

Model forecasts suggest this will change within the coming months, estimating the chance of a full-fledged El Niño between December 2018 and February 2019 to be about 75-80%, with a 60% chance for it to continue through to April 2019.

It warns this could result in a moderate strength El Niño event, with sea surface temperatures peaking at up to 1.2°C above average.

Maxx Dilley, Director of WMO’s Climate Prediction and Adaptation branch, said: “The forecast El Niño is not expected to be as powerful as the event in 2015-2016, which was linked with droughts, flooding and coral bleaching in different parts of the world.

“Even so, it can still significantly affect rainfall and temperature patterns in many regions, with important consequences to agricultural and food security sectors and for management of water resources and public health and it may combine with long-term climate change to boost 2019 global temperatures.”