The low carbon vehicle is scheduled for release in 2020 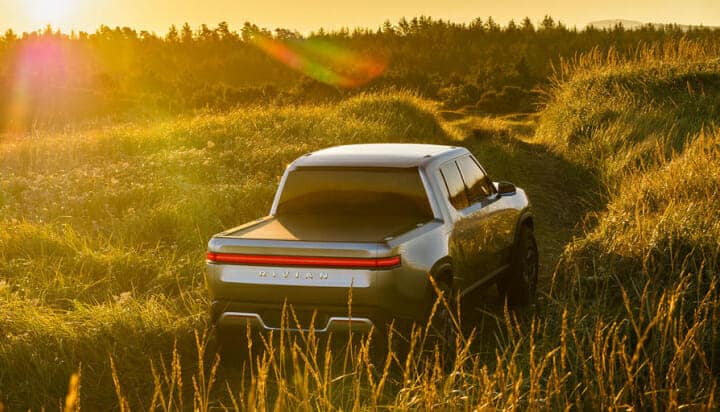 Electric vehicle (EV) producer Rivian has announced a new clean pickup truck it hopes will hit the market in 2020.

The firm says the five-seat R1T will use an electric motor on each wheel to propel it to 60mph in just three seconds. reaching 100mph in under seven seconds – not bad for a vehicle weighing 2.6 tonnes and capable of towing nearly double that.

Rivian says the truck will use an algorithm to adapt to different driving styles to better optimise its charge, as well as a range of cameras, radar, ultrasonic technology and GPS to allow for ‘Level Three’ autonomous driving.

The R1T will have its battery, drive units, suspension, braking and thermal system mounted below the height of each wheel. creating a spacious interior and low centre of gravity.