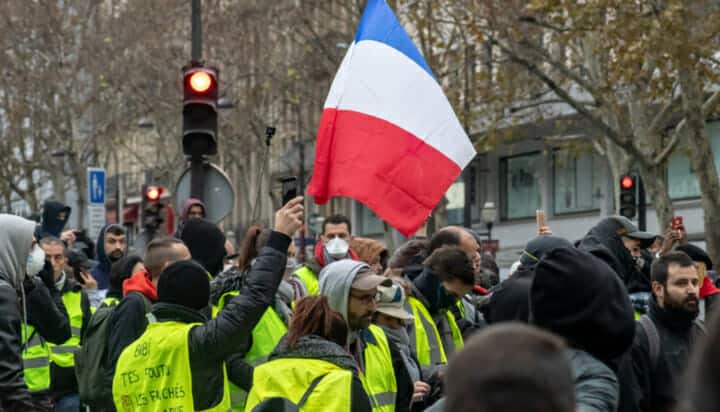 French Prime Minister Édouard Philippe told the ‘gilets jaunes’ protesters the ‘eco-tax’ would be frozen for six months, before stressing no further violence would be tolerated.

He added increasing gas and electricity prices would also be put on pause during the period.

The political move follows a weekend of rioting, looting and property damage across Paris, committed by certain factions within the protest movement.

The tax on petrol and diesel vehicles, which aimed to curtail the amount of carbon dioxide and nitrogen oxide emissions produced, was due to increase next month in a move towards cleaner fuels.

The controversial measures prompted wide frustration across the nation – the Prime Minister said: “After hearing the anger I am suspending for six months three fiscal measures including fuel tax increases.

“One would have to be deaf and blind not to see or hear this. I hear this anger and I have understood its basis, its force and its seriousness.”