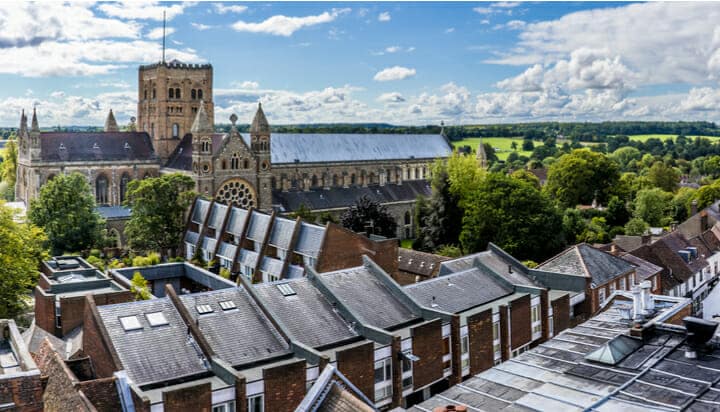 St Albans is the UK’s savviest switching city when it comes to energy deals.

That’s according to new research from uSwitch, which shows inhabitants of the city are more than a quarter more likely to switch than the national average and have saved an average of £337 per year per household, totalling £2.1 million.

Stockport came in second place – people living there are 24% more likely to switch than average, saving £304 per household, equivalent to a collective £4.8 million.

In contrast, London has one of the lowest switching rates, 29% below the national rate, despite Big Six customers in the capital facing some of the largest price increases this year, with an average rise taking bills up to £1,225.

The least frequent switchers were those living in remote Scottish locations such as the Outer Hebrides and the Shetlands, where energy customers are half as likely to switch than the national average.

Despite challenger brands continuing to take market share, 75% of bill-payers are still signed up to a Big Six supplier, who have announced a total of 10 price rises between them this year.

Around 56% of switchers this year were male, compared to just 44% being female.

“No matter who you are or where you live there are huge savings to be made and different options to suit all consumer needs.”