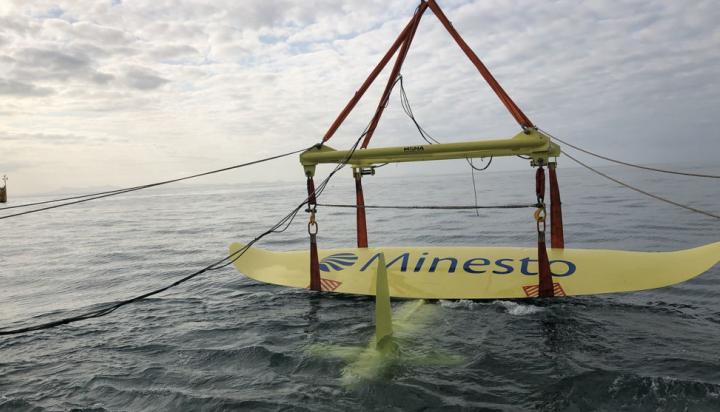 Minesto has entered a formal planning phase with the Welsh government for the second stage of public funding for its tidal technology.

The move marks the next step towards the commercialisation of the marine developer’s clean energy project in Holyhead Deep, North Wales.

The firm has submitted a project proposal which includes a grant amounting to €11.2 million (£10.1) from the European Regional Development Fund (ERDF) for the next phase.

It aims to enable the continuous operation of its DG500 tidal energy converter, as well as optimise and expand its utility-scale products at the site.

The Welsh Government’s final funding decision is expected to come in the Spring 2019.

Dr Martin Edlund, CEO of Minesto, said: “This decision is a strong sign of comfort from the Welsh Government and by such, a significant step towards securing funding for the next phase of deployment in Wales.

“We are very pleased with the support from the Welsh government, both financially and in driving the marine energy agenda forward.”