VW puts its foot down to take EV charging mobile 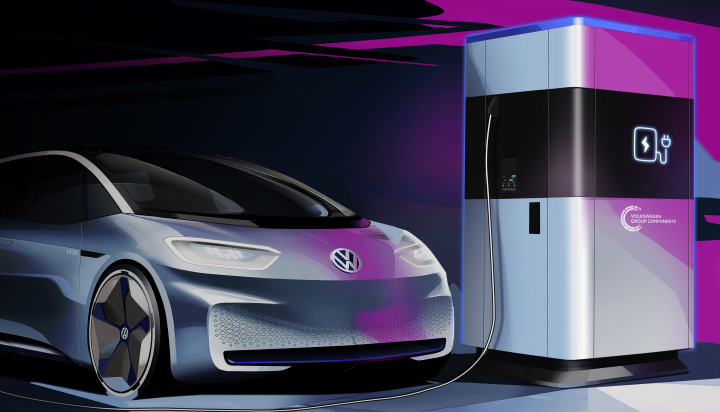 Volkswagen (VW) has unveiled details of the mobile electric vehicle (EV) charging station it plans to trial later this year.

The international automaker says its mobile devices will be able to be set up flexibly, quickly and independently of the local power supply.

They will work similarly to a small power bank but instead of charging mobile phones, they will facilitate pop-up refuelling for low carbon forms of transport, allowing up to four vehicles to be charged simultaneously.

With a fast-charging capacity of up to 360kWh, the units are expected to take only 17 minutes to charge a car – VW says the chargers can also be permanently attached to the power supply, keeping them topped up with electricity and allowing the temporary storage of renewable power.

The first mobile quick charging stations will be set up as early as the first half of 2019 as part of a pilot project, with plans for wider implementation to follow in 2020.

VW expects the movable infrastructure will be used by cities and local councils to test locations of proposed charging points.

Thomas Schmall, Chairman of the Board of Management of Volkswagen Group Components, said: “The mobile charging stations are a decisive step toward an efficient network of charging points.

“They can be set up anywhere as required, with or without connection to the power supply.”