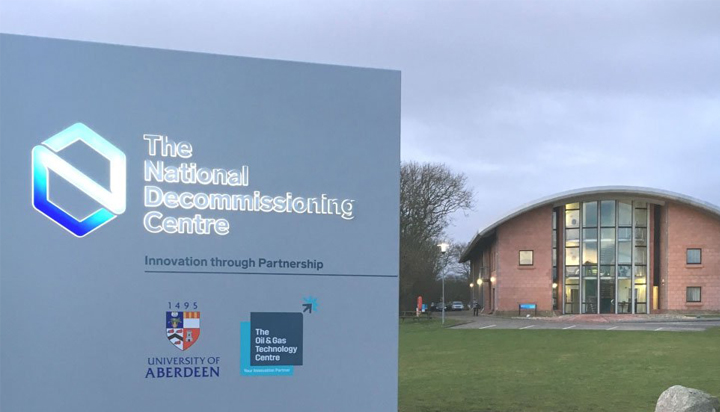 A new global technology research and development (R&D) hub that aims to transform decommissioning has officially been opened in Scotland.

The £38 million National Decommissioning Centre (NDC), a partnership between the Oil & Gas Technology Centre and the University of Aberdeen, part of the Aberdeen City Region Deal, hopes to become a global leader in decommissioning as well as academic research into the area.

It is home to what is claimed to be the most powerful industrial laser of its kind at an academic institution and a supercomputer cluster.

It also includes facilities for technology trials and rapid prototyping, with a testing vessel that can simulate ocean conditions of 6,500m, an indoor freshwater immersion tank, environmental chambers for temperature testing from -40°C to +180°C and hangar space for the design and construction of decommissioning technology.

The Centre will work in partnership with businesses on R&D projects focused on reducing costs, extending field and asset life and transforming the traditional approach to decommissioning.

Around 100 offshore platforms and 5,700km of pipelines are forecast to be decommissioned or reused over the next decade on the UK Continental Shelf.

The Oil and Gas Authority estimates the total cost of decommissioning to be worth £58 billion – the NDC aims to help industry deliver more than 35% of the cost reduction target set by the regulator in 2016.

The Centre is receiving £90 million in funding from both the UK and Scottish Governments as well as funding from the University of Aberdeen and the private sector.

UK Energy and Clean Growth Minister Claire Perry said:“The National Decommissioning Centre will lay the groundwork for the UK to become a global leader in offshore oil and gas decommissioning – an industry set to grow to be worth around £80 billion in the next 10 years.

“Cutting-edge facilities and technology will equip new and existing talent with the right skills to transition to this growing sector, creating a wealth of high-skilled jobs to boost earning power – a key part of our modern Industrial Strategy.”