They include renewable energy, nuclear power as well as energy resilience and the built environment 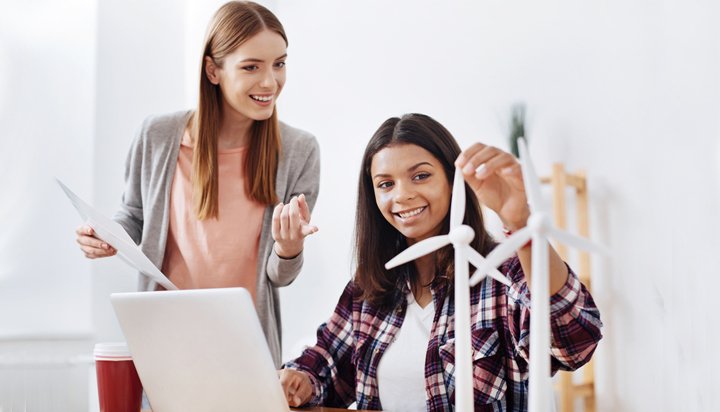 Funding worth £446 million has been awarded for 75 new Centres for Doctoral Training (CDTs), including renewable and nuclear energy, in the UK.

The Engineering and Physical Sciences Research Council (EPSRC) is providing £444 million and a further £2.2 million is being allocated by the Natural Environment Research Council (NERC) to ensure the next generation of doctoral level students are equipped to tackle research and innovation challenges.

The Centres’ 1,400 project partners, including Tata Steel, Procter and Gamble and Cancer Research UK, have contributed £386 million in cash and in-kind support.

Researchers at ReNU will be working to create and develop new materials and devices that will convert energy into power at the point of use, which could include automatically recharging devices without the need to plug them in to be recharged every night.

Their goal is to develop new materials that can be mass-produced, making them sustainable and inexpensive to use.

Dr Neil Beattie, who is leading the ReNU centre at Northumbria University, is currently investigating how to produce a specialist form of paint that could be sprayed onto cars or rooftops to generate solar energy at any location.

He said: “Global demand for electricity is constantly increasing and as a result, we need to find new, innovative ways to power our devices and vehicles using renewable and distributed energy technologies. Imagine a world in which there are billions of interconnected mobile devices – and a world with new modes of transportation, such as unmanned electric aerotaxis.

“Now imagine the challenge of providing power to these devices. It quickly becomes unmanageable. We need to find new ways to efficiently convert and store energy at the point of use.”

The ESPRC has supported more than 50,000 doctoral students over the last 25 years.