Researchers suggest the Canadian Arctic may be experiencing its hottest century in 115,000 years 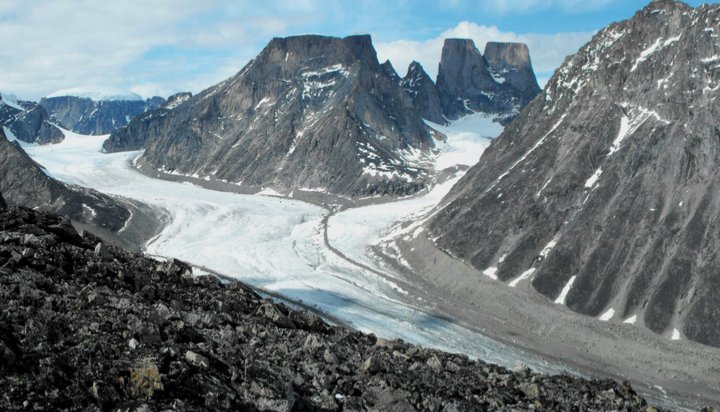 Melting glaciers in the Canadian Arctic are uncovering landscapes that haven’t been ice-free in more than 40,000 years.

That’s according to new research from the University of Colorado Boulder, where scientists suggest the region may be experiencing its hottest century in 115,000 years.

By radiocarbon dating plants found at the edges of 30 ice caps on Baffin Island, the researchers were able to to determine their ages – glacial ice preserves mosses and lichens from thousands of years ago in their original growth position.

They collected 48 plant samples across the 30 sample locations and found they have all been continuously covered by ice for at least the last 40,000 years.

They suggest their appearance now shows the island is the hottest it has ever been in that timeframe and warn Baffin could be completely ice-free within the next few centuries.

Gifford Miller, Senior Author of the research, said: “Unlike biology, which has spent the past three billion years developing schemes to avoid being impacted by climate change, glaciers have no strategy for survival.