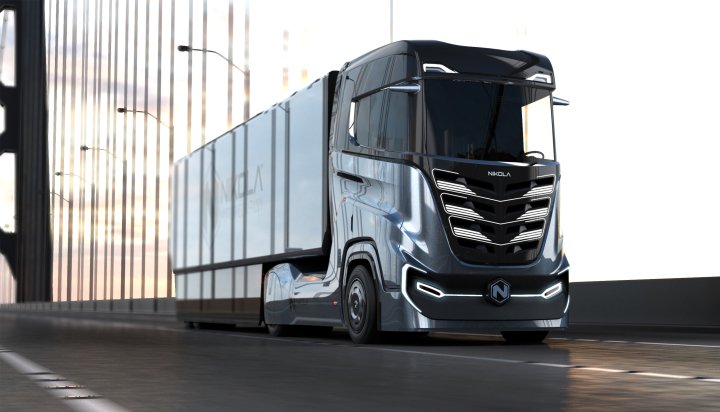 The firm has announced it will officially reveal its Nikola Two and Nikola Tre models at its Nikola World conference, which takes place on the 16th and 17th of April in Phoenix, US.

The trucks will be built in both hydrogen and battery electric versions and customers will be able to order both vehicles in 500kWh, 750kWh and 1mWh options.

Although the bulk of the firm’s product line is likely to consist of fully electric semi-trucks, it says it will also keep working on hydrogen-powered lorries, which it says are cheaper and better suited for long-haul drives.

Initially, the startup expects to see as many as 50 times more orders for hybrids than for its electric offerings.