Around 1,000 drivers could benefit from up to £10,000 by trading in their older and polluting vehicles 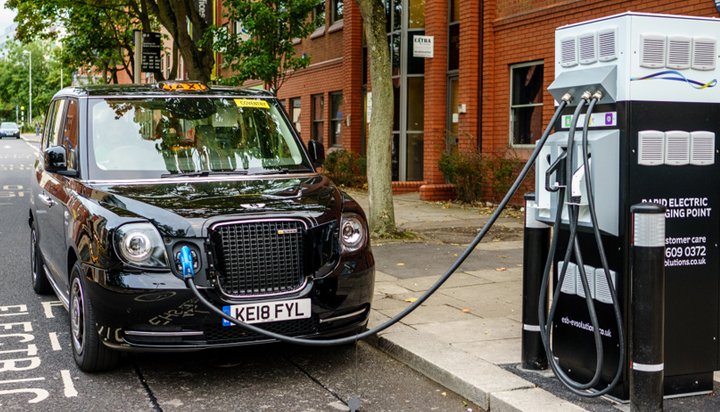 Under the plans, around 1,000 drivers could benefit from up to £10,000 by trading in their older and polluting vehicles

The additional funding, more than double the existing £18 million fund, is part of the mayor’s draft budget for 2019/20 and could help reduce nitrogen oxide emissions by as much as 20%.

The grants will be available on a first-come, first-served basis.

The funding boost comes as Transport for London (TfL) launches a 10-week public consultation on changing the age limits of black cabs to speed up the process of the dirtiest vehicles being replaced with zero emission cabs.

That includes not allowing taxis to be licensed beyond 15 years, a phased reduction on the age limit for the most polluting taxis to 12 years by 2022 and removing the automatic age limit exemptions for alternative fuel conversions, historic vehicles or personal circumstances.

Around £5 million is also being set aside to support the conversion of Euro 5 taxis – which emit high levels of NOx emissions and would not be affected by the age limit proposals in the short term – to liquid petroleum gas (LPG).

Independent testing shows an average TX4 taxi emits more than 70% less NOx after being converted to run on LPG and they could save around £200 a month in fuel costs.

Alex Williams, TfL’s Director of City Planning, said: “Taxi drivers are part of London’s lifeblood and more than 1,000 are already making a major contribution to cleaning up the air for future generations by using electric black cabs. This package of measures will incentivise more drivers to buy the new clean taxis and speed up the rate the vehicles that emit the most harmful pollutants are being taken off the road.

“Making transport across London more sustainable is vital if the capital is to meet legal limits for clear air. The Ultra Low Emission Zone (ULEZ) will be introduced this April, with some of the toughest standards in the world. There is also a London-wide effort to clean up the bus fleet, including the phasing out of diesel-only buses and a commitment to purchase only hybrid or zero-emission double-decker buses from this year. We are proud that the city has one of Europe’s largest zero-emission fleets but our ultimate aim is for all buses to be converted by 2037.”