Welsh Secretary in Japan to discuss nuclear with Hitachi 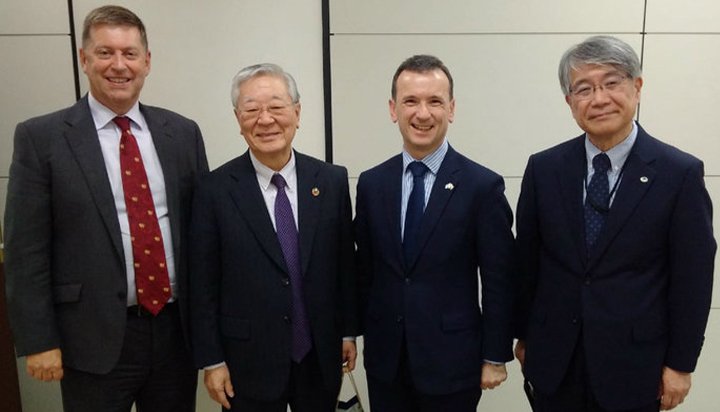 His visit to Tokyo comes after the Japanese company said it would shelve the £16 billion plant on Anglesey after failing to reach an agreement on the strike price with the UK Government.

Mr Cairns said he is grateful to Hitachi for the “constructive meeting” today to discuss options for its future plans in Wales.

The Secretary added: “While I fully recognise their decision was a disappointment to people on Anglesey and across north Wales, the UK Government remains committed to developing a broad-based, resilient economy. We believe that nuclear has an important role to play in the UK’s future energy mix as we transition to a low carbon economy but any future offer must represent good value for both the taxpayer and the consumer.

“I look forward to future discussions on Wylfa’s new nuclear future and will continue to push for greater investment and additional job creation across north Wales.”

He will also meet with Japanese businessmen in Nagoya, Kyoto and Osaka, who have significant investments in Wales as well as set out the UK Government’s commitment to supporting Japanese investment in Wales and the opportunities ahead as the nation prepares to leave the UK.