Minesto hopes to make waves in the Caribbean with tidal tech 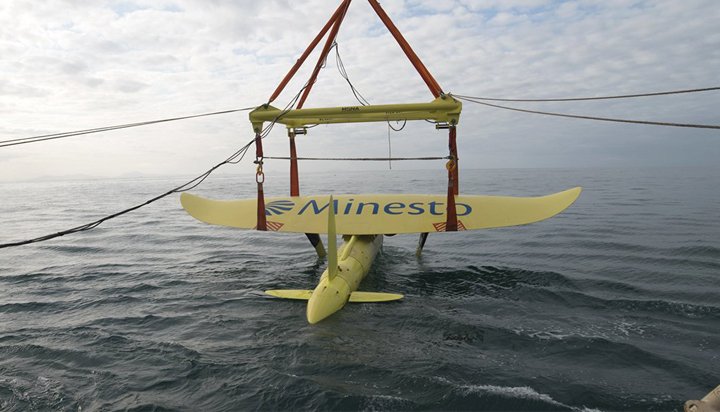 Swedish tidal developer Minesto is to explore the possibilities of supplying Antigua and the Eastern Caribbean region with marine energy using its technology.

It has signed a Memorandum of Understanding (MoU) with the Government of Antigua and Barbuda to conduct a joint feasibility study into the potential deployment of its ‘Deep Green’ technology.

It operates completely submerged at least 20 metres below the water surface and the so-called “wing” pushes the turbine through the water in an eight-shaped trajectory, “sweeping a large area at a relative speed that is several times the actual speed of the underwater current”.

The electricity produced by the power plant’s generator is claimed to be “several hundred times greater” compared to if the turbine would be stationary.

The project will be facilitated by the UN Office for Project Services (UNOPS) following the opening of its first science and innovation centre in Antigua and Barbuda in January this year to support national and regional innovation in the fields of science and technology.

Chet Greene, Minister of Foreign Affairs, International Trade and Immigration said: “The opportunities to be explored under this MoU could see Antiguans and Barbudans catapulted in the green and Blue economies.

“Antigua and Barbuda more so looks forward in welcoming Minesto to study the possibilities of adding to our power grid by using ocean currents to generate clean energy to power the two island state.”