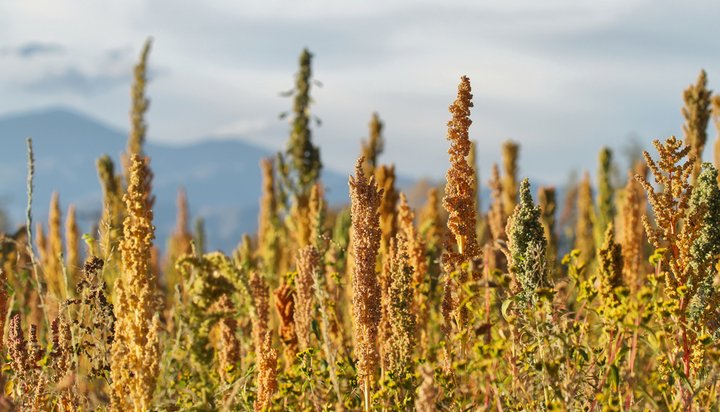 Scientists in Dubai say it is among a group of crops, known as halophytes, that could ensure food supply despite soaring populations and worsening water scarcity.

Researchers at the International Center for Biosaline Agriculture (ICBA) say these plants can thrive in the salty soils increasingly intruding into the world’s croplands, whereas common staple crops like wheat or rice would wither and die in these poor soil quality environments.

The centre is introducing them in Egypt and Morocco, where it says farmers can make good profit and grow these plants on lands no longer considered fertile.

The ICBA also breeds salt-tolerant sorghum and pearl millet, as well as salicornia, which can even be used for animal fodder and biofuels.

Ismahane Elouafi, the ICBA’s Director General, said: “You can see the disaster coming. I can’t understand why more people aren’t acting to prevent it.

“Governments are reluctant to invest in new foods and remain tethered to staple crops that are just too demanding on water.”