About 370 hairline fractures have been discovered in the reactor bricks 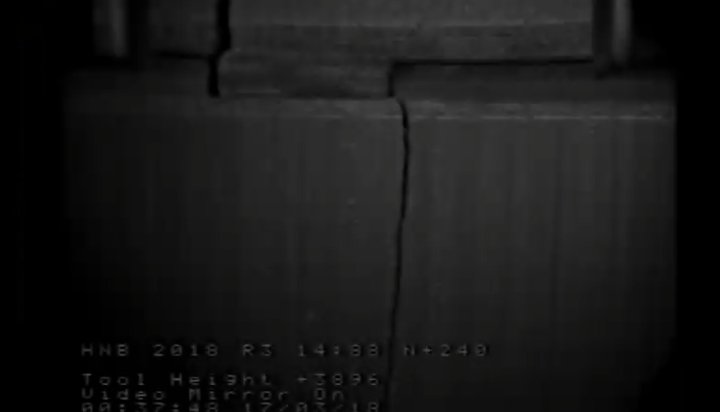 Cracks in the Hunterston B nuclear plant have finally been revealed, after having been initially discovered last year.

Around 370 hairline fractures were discovered in the graphite bricks at the centre of the core of the nuclear reactor at the facility in Ayrshire, Scotland.

This equates to around a tenth the 3,000 fuel bricks, which are in the part of the structure in which owner EDF Energy says it would expect to see cracking.

The whole core is a much larger structure made up of 6,000 graphite bricks.

Reactor Three was shut down in 2018 after cracks were found to be forming quicker than expected, with numbers exceeding the operational limit of 350.

EDF Energy now intends to seek permission from the Office of Nuclear Regulation (ONR) to restart, with a new operational limit of 700 cracks.

Control rods need to be dropped through channels in the bricks to shut down the plant and cracks could potentially affect this procedure.

The owner of the plant needs to prove it can shut the power station down in all scenarios before the reactor can be fired back up.

EDF Energy says tests and modelling have been undertaken to ensure that an earthquake would not distort the control channels and prevent the power station being shut down.

Hunterston B is expected to continue producing electricity until 2023.

EDF Energy said: “The footage shows a very small portion of a much larger structure. A graphite fuel channel is approximately 10 metres high and has an internal circumference of 825 milimetres.

“The NICIE camera films at close range; approximately 70 millimetres from the surface of the graphite. This allows us to be able to detect the finest of cracks but much like taking a close-up photograph of a small insect; it can make the cracks appear larger then they would be to the naked eye.”

A spokesperson at the Nuclear Industry Association told ELN: “Graphite bricks are used in all of the reactor cores of the 14 Advanced Gas-cooled Reactors operating in the UK. They reduce the speed of neutrons and allow a nuclear reaction to be sustained. They also perform an important safety function by providing the structure through which carbon dioxide flows to remove heat from the nuclear fuel and channels through which control rods are able to be inserted to shut-down the reactor if needed.

“As part of the usual ageing of nuclear reactors, cracks are expected in the graphite bricks which make up the reactor core and EDF Energy regularly inspects its fleet for signs of cracks. While these cracks are expected, the inspection of unit 3 at Hunterston B found additional cracks that were forming at a faster rate than expected. Hunterston B has been kept offline while EDF Energy and the regulator understand exactly why this has happened.”