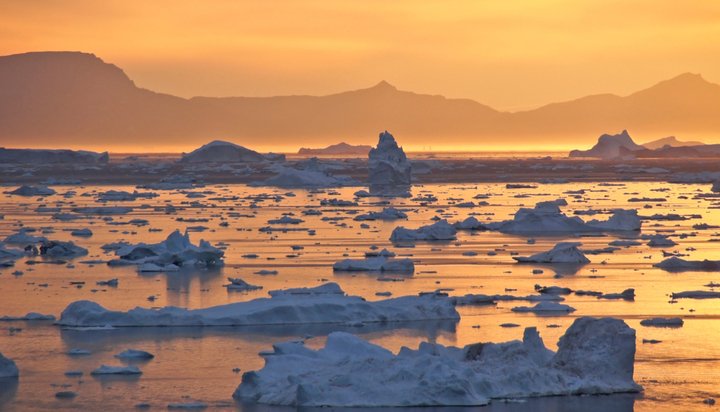 More frequent rainfall in Greenland is accelerating the melting of ice formations.

That’s according to a new study published in scientific journal The Cryosphere, which suggests warmer temperatures mean precipitation is increasingly falling in the form of rain rather than snow.

Using combined data from weather stations and satellites, researchers led by Germany’s GEOMAR ocean research centre revealed that although there were usually only two spells of winter rain each year around the 1979 period, by 2012 there were 12 rainy spells happening in the area each winter.

The analysis found on more than 300 occasions between these dates, rainfall was triggering a melting of the ice, even during dark winters.

They said this is a problem because whereas snow helps replace ice loss, rain darkens its surface.

This means the surface of the ice then absorbs more heat from the sun and makes it more likely to melt when summer arrives, creating a knock-on effect.

The scientists stressed this sign of climate change in action poses a real risk, as huge volumes of water are stored in Greenland’s ice – if it all melted it could trigger the global sea level to rise by as much as seven metres.