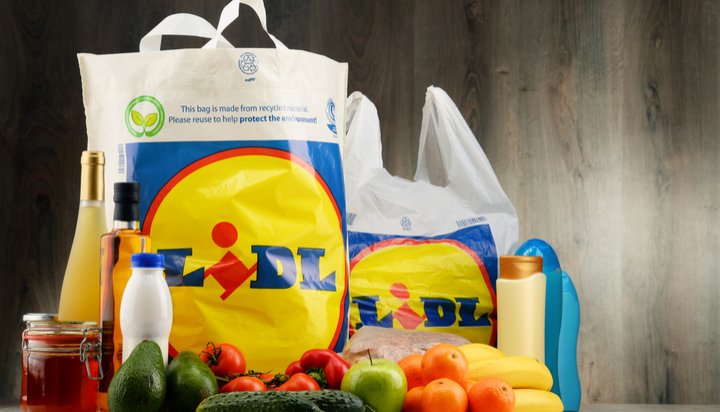 Lidl is trialling the removal of 9p plastic bags from 54 of its shops in Wales.

The brand says it discovered the cheap reusable bags were frequently being used just once before being thrown away – to combat this, it will now only offer 38p and 65p options.

It expects the decision will help to save more than 150 tonnes of plastic waste every year and cut plastic bag production by five million units.

It believes these figures would increase to a total of 2,500 tonnes and 80 million bags if the scheme was expanded across the rest of the UK.

The supermarket, which has committed to reducing plastic packaging by a fifth by 2022, aims to roll out the scheme across the rest of Britain if it works in Wales.

Lidl CEO Christian Härtnagel said: “We’re proud of our work at Lidl to reduce plastic across our stores, and particularly the steps we have taken over the years to reduce sales of plastic carrier bags.

“After seeing that our 9p reusable bag was increasingly being used as a single use option, we wanted to look at how we could mitigate this pattern.”

Lidl announced it would remove black plastic from its fruit and vegetable range towards the end of 2018.