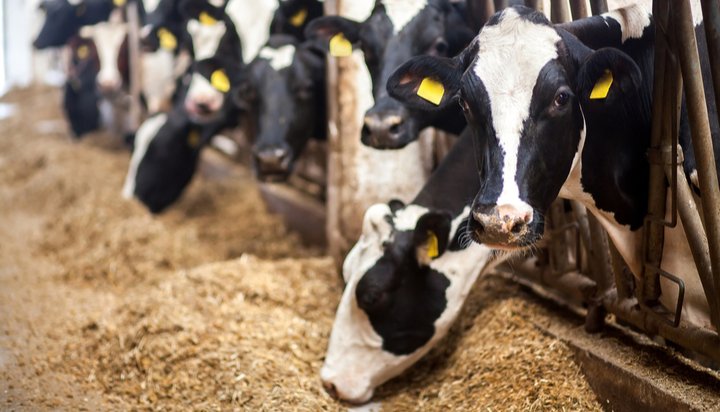 A dairy producer cooperative has committed to slashing emissions and becoming carbon neutral by 2050.

Owned by a group of 10,300 farmers spread across the UK, Germany, Denmark, Sweden, Finland, the Netherlands and Belgium, Arla Foods says it will offset any unavoidable emissions, such as those from farms, with improvements elsewhere in the supply chain.

It also plans to better balance nitrogen and phosphorus cycles to support clean water systems and work to increase biodiversity across the UK’s countryside.

Currently, 90% of cows owned by the group’s UK farmers graze on grass outdoors, a process that helps absorb carbon dioxide out of the atmosphere.

Many farmers also use renewable energy sources – 61% of the cooperative’s total consumption is produced using distributed generation on the farms.

Arla Foods’ UK Managing Director Ash Amirahmadi said: “One of the greatest challenges facing us all is providing natural, nutritious food for a growing population whilst reducing our collective impact on the world around us.

“Arla has already shown this is possible and the new ambitions announced today will ensure Arla’s farmers, production sites and products continue to play their part in developing a sustainable world for everyone.”