More than 8,500 collection points across the UK have signed up to the initaitive 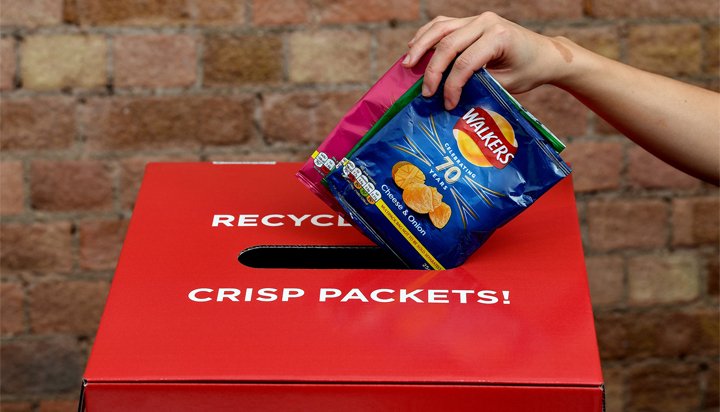 Walkers has collected more than half a million crisp packets since the launch of its recycling scheme in December 2018.

That’s enough recycled plastic to produce 250 benches, according to the British snack food manufacturer in its first update on the nationwide initiative.

It reveals more than 8,500 collection points across the UK have signed up to the recycling scheme, making it the largest programme of its kind for crisp packets.

The biggest contributor to the scheme so far has been West Sussex-based recycler Sue Welfare, who has sent almost 50,000 packets in three months, which could produce 25 benches from recycled plastic.

Under the initiative, consumers are encouraged to take their empty crisp packets to their nearest recycling drop-off point or download a label from the TerraCycle website and arrange to have the packets collected from their homes, free of charge.

They are then cleaned, shredded and made into small plastic pellets by TerraCycle, which will be used to make everyday items such as outdoor furniture, trays as well as roofing and flooring.