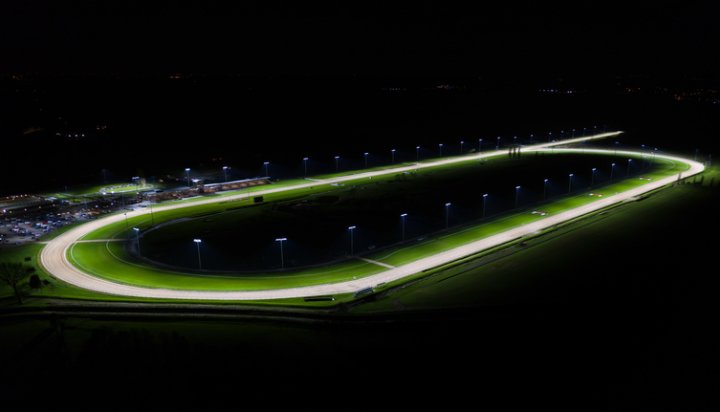 Southwell Racecourse has upgraded to LED lighting around the entire length of its track.

The venue in Nottinghamshire, claims to be the first European racecourse to be lit using LED technology – originally opened in 1850, it is one of just six all-weather tracks in the UK.

Advanced controls allow the racecourse to light only the sections of track being used for each race, which can vary from five furlongs to two miles.

It says this will mean it can benefit from significant energy savings.

Jeff Rogers, President of Musco World, said: “We’ve successfully lit other racecourses in the UK but this is the first one using LED technology and we’re fairly certain it’s the first one anywhere in the world.

“They had very clear objectives from the start, which included achieving the best possible on-track light quality and visibility, avoiding glare, eliminating spill light outside the venue, being energy efficient and creating an exciting new experience for spectators.”