Is climate change making it harder for forests to recover after fires? 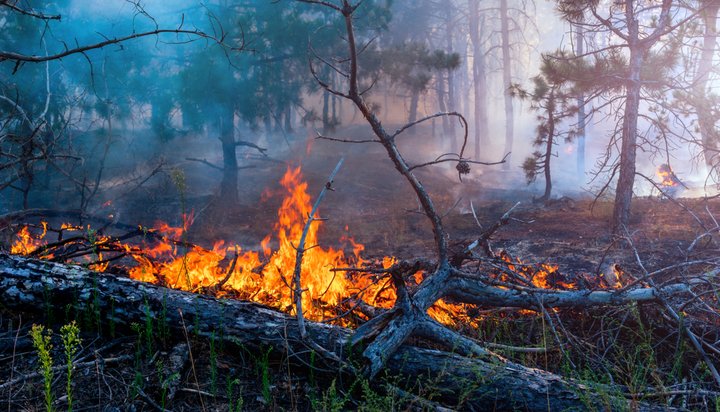 Is climate change making it harder for forests to recover from fires?

The scientists behind a new report published in the Proceedings of the National Academy of Sciences of the United States of America (PNAS) scientific journal certainly seem to think so.

They studied tree ring samples taken from 2,935 Douglas fir and ponderosa pine trees from across the Rocky Mountains and California to figure out when the trees had grown.

They say the tree rings, taken between 1988–2015, show if summer humidity and temperature levels were too high or soil moisture was too low, new trees struggled to grow after a fire.

They note climate change is a significant contributor to these detrimental factors and say at some locations a “critical climate threshold” has already been surpassed, meaning forests could disappear as burned trees won’t be replaced.

This could have have knock-on effects for the environment as valuable carbon sinks are destroyed and researchers say it is likely to lead to widespread changes in vegetation types across affected areas.

The report reads: “Together, our results demonstrate that climate change combined with high severity fire is leading to increasingly fewer opportunities for seedlings to establish after wildfires and may lead to ecosystem transitions in low-elevation ponderosa pine and Douglas-fir forests across the western US.”