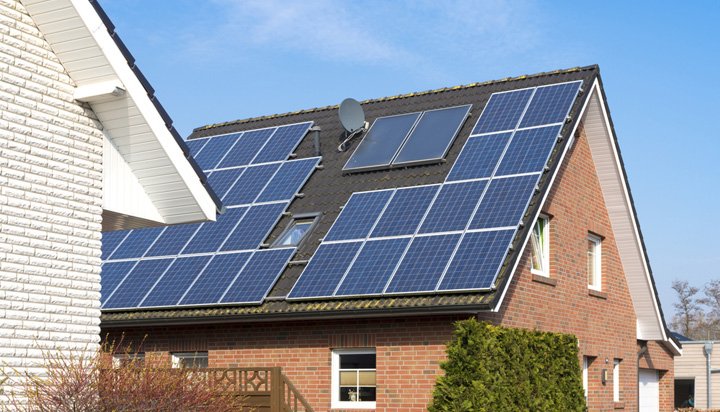 Octopus Energy has launched a new tariff that will incentivise householders who export excess solar power to the grid.

It comes as the government’s Feed-in Tariff (FiT) scheme, which paid people for installing renewable and low carbon electricity generation technologies and producing their own power, closes today.

That means consumers who install solar panels on their homes will no longer earn revenue from unused energy from government subsidies.

The new ‘Outgoing Octopus’ tariff is offering customers two rates for selling electricity back to the grid: a fixed rate of 5.5p for every kWh sold or a variable rate depending on what generators are being paid in that half hour to sell to the grid – consumers will be told of the half hour prices the day before.

Octopus Energy says it will be able to accurately track the amount of power from the solar panels through the grid for the first time and pay homeowners accordingly, earning them as much as £287 a year.

‘Time of use’ customers who pay for electricity at its live cost rather than a fixed rate could potentially earn more by storing excess power in a battery and selling it to the grid at times when the price is high.

Greg Jackson, CEO of Octopus Energy said: “Outgoing Octopus is designed to make it easy for households to choose to go green – by paying households to adopt solar, we bring locally generated energy to more people and help the UK adopt a cleaner, cheaper energy system.

“At Octopus, we strongly believe in using smart technology to make energy work for our customers and we’re delighted to be the first movers into a promising new market.”