Ryanair ‘now one of top 10 carbon emitters in Europe’ 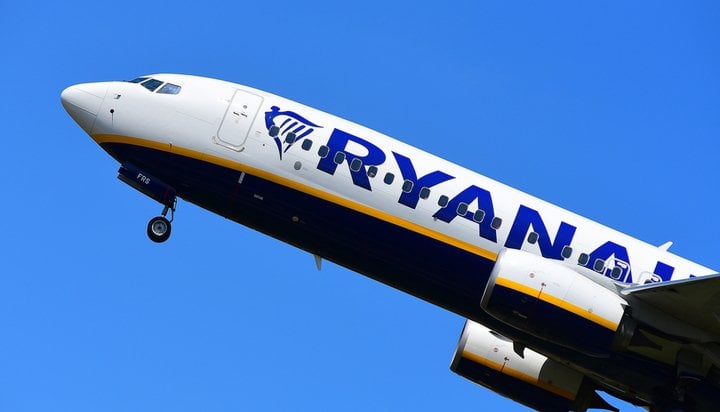 Ryanair is now one of the top 10 emitters of carbon dioxide in Europe.

That’s the verdict offered in a new report from Transport & Environment (T&E), which claims the airline’s ranking alongside coal businesses reflects a failure by the European Parliament to implement effective measures to control the emissions growth of the aviation sector.

The findings suggest carbon emissions produced by airlines grew by 4.9% within Europe last year, while other emissions-trading sectors in the EU declined by 3.9% overall.

In the last five years it shows carbon pollution from flying has risen by more than a quarter, a rate T&E believes is “far outpacing” the emissions produced by any other mode of transport.

The organisation calls for airlines to have their free emissions allowances in the EU emissions trading system removed, be forced to start paying tax on their kerosene and be subject to paying VAT on tickets.

It also suggests they should shift to using synthetic kerosene, produced from renewable electricity and carbon captured from the air.

Andrew Murphy, Aviation Manager at T&E, said: “When it comes to climate, Ryanair is the new coal.

“This trend will only continue until Europe realises that this under-taxed and under-regulated sector needs to be brought into line, starting with a tax on kerosene and the introduction of mandates that force airlines to switch to zero-emission jet fuel.”

A spokesperson from Ryanair said: “Ryanair is Europe’s greenest & cleanest airline. Passengers travelling on Ryanair have the lowest CO2 emissions per km travelled than any other airline.”