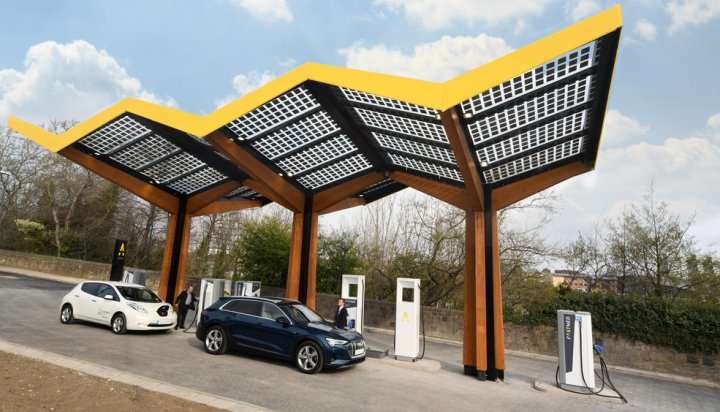 Fastned has opened its first fast-charging station in the UK.

It is supplied by 100% renewable electricity, part of which is sourced from solar panels on its roof.

Initially, charging at the station will be free but this will end later this year when the payment system is activated and an introductory price is to be charged.

Fastned says it aims to give more freedom and flexibility to EV drivers and accelerate the adoption of low carbon mobility.

The firm currently has over 90 stations spread across the Netherlands, Germany and the UK and last month won a tender to build five fast-charging stations in the north-east of England.

Councillor Martin Gannon, Chair of the North East Joint Transport Committee, said: “This is a tremendous asset for the north-east.

“With another fast charging station under construction and five more smaller stations planned, we are making it easier for motorists who already drive EVs and those who want to go green and make the switch to a more sustainable form of transport.”