Chicago to install 40,000 LED streetlights as next step in modernisation

The move forms part of a larger scheme to update infrastructure, which will replace 270,000 lights in total, making up 85% of streetlamps across the city 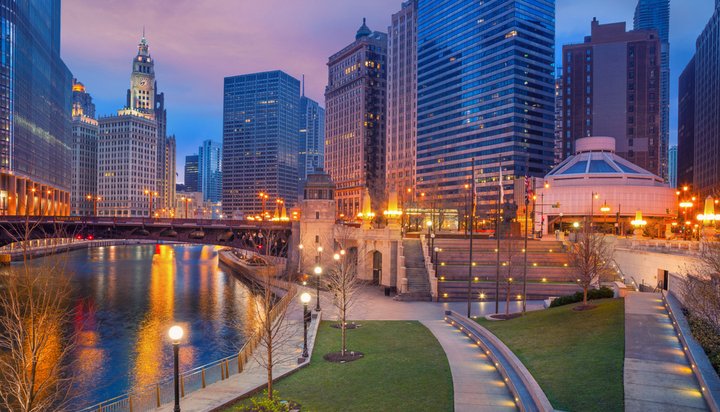 The next phase of Chicago’s modernisation plans will see it install 40,000 new LED streetlights in neighborhoods across the city.

The Chicago Smart Lighting Program (CSLP) will install the next wave of energy efficient lighting on residential streets, alleys and viaducts in parts of the far South Side, Near West Side and North Side.

Installations in the current phase of the scheme, which will replace 270,000 lights in total, will continue through August.

Taxpayers are expected to save an estimated $100 million (£77.4m) over the next decade thanks to the energy efficiency of the new lights, which consume up to 75% less electricity than outdated models.

Mayor Rahm Emanuel said. “As we begin this next phase, the programme will reach more neighborhoods and provide more residents with reliable and energy-efficient night-time lighting.”