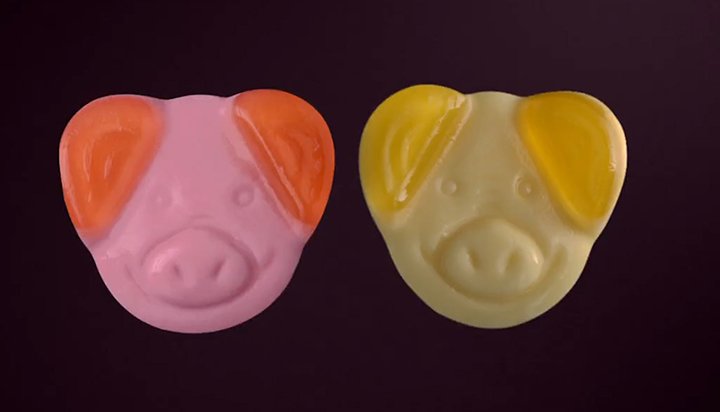 The supermarket chain has announced it has removed the animal product from every version of the range of sweets.

Gelatine is made from collagen taken from animal body parts – it is harvested by boiling the skin, tendons, ligaments and bones of pigs and cows to create a substance that can be used as a thickening or gelling agent.

It is commonly found in a wide range of household products, including cosmetics, sweets and marshmallows.

M&S says the recipe-tweak hasn’t changed the taste or texture of the sweets but the public reaction on Twitter has been mixed, with feedback from loyal customers ranging from ‘delicious’ to ‘inedible’.

Percy Pigs were originally created in 1992, before a vegetarian alternative was sold alongside the regular version in 2011.

The supermarket recently launched a new scheme that allows consumers to take non-recyclable plastic packaging back to the stores.