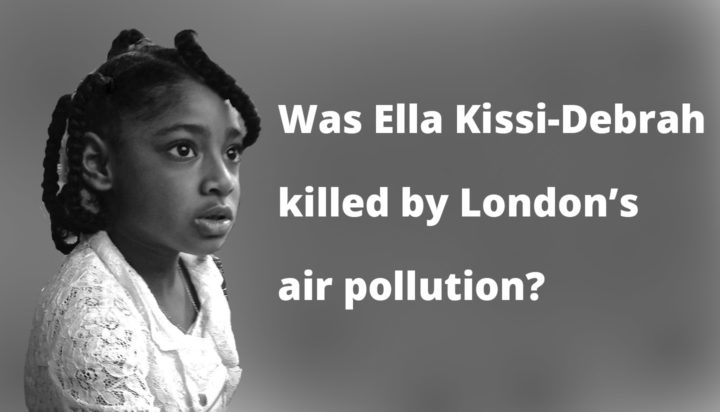 The High Court has granted a new inquest into whether London’s illegal levels of air pollution caused a nine-year-old girl’s fatal asthma attack in 2013.

Following claims of new evidence having come to light, the investigation will look into the exact causes of Ella Kissi-Debrah’s death, which her mother believes was a direct result of poor air quality.

She lived almost right next to the heavily-polluted South Circular Road in Lewisham.

As a result of life-threatening asthma, Ella was admitted to hospital 27 times over a three-year period beginning in 2010, including three times she had to stay in intensive care.

She passed away on the 15th February 2013 – a 2014 inquest concluded her death was caused by acute respiratory failure and severe asthma, while a report published in 2018 noted it was likely that illegal levels of airborne pollutants, such as nitrogen dioxide, contributed to her death.

Her mother, Rosamund Kissi-Debrah, said: “If it is proved that pollution killed Ella then the government will be forced to sit up and take notice that this hidden but deadly killer is cutting short our children’s lives.”

The pathologist who carried out Ella’s postmortem said it was “one of the worst cases of asthma ever recorded in the UK.”

“I hope we’ll now truly find out what role poor air quality played in her death. I remain committed to delivering strong measures to combat air pollution and lobbying the government to do far more to ensure that no more children die as a result of the air they breathe.”